If you are looking to reduce carbs, especially around the holidays, then this recipe is a great option.

Mashed cauliflower is delicious and easy to make. It’s super simple, big on flavour. It’s creamy. I think you’re going to love it, so let’s get to it. 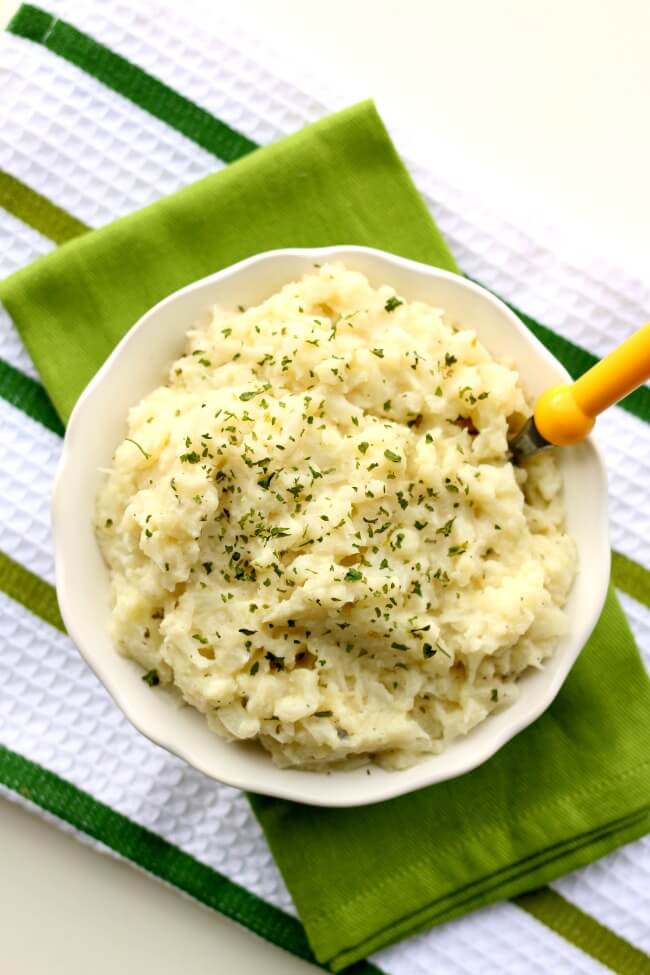 Image by Karen via 365daysofcrockpot

How To Make Cauliflower Mashed Potatoes

So the first thing that we’re gonna do is cook the cauliflower.

You can easily find riced cauliflower at almost any grocery store. Or you can make your own. It’s super simple, but honestly, if you can find the pre-riced stuff, I recommend doing that.

We’ll cook cauliflower with just enough water to cover it, bring that to a boil, and just cook it for about 10 minutes just to make it nice and tender.

So let’s do that first. So we’re just gonna add enough water to the cauliflower just to cover it. Think about by like a half-inch. And then we’re gonna bring it to a simmer and let it cook for about 10 minutes until the cauliflower is just lovely and tender.

We’ve cooked the cauliflower, brought it to a boil, let it cook for about 10 minutes, and now we have strained it. We’re gonna add in some butter. If you want to make this vegan though, since we’re just making this smooth cauliflower mash, if you’re going to make it vegan, you don’t need the butter.

Use butter. Then once it melts, puree the cauliflower with a hand mixer.

If you don’t have a hand mixer, you can use like a masher that you would use for mashed potatoes.

I’ve even made vegan mac and cheese using cauliflower as the sauce. It’s wonderful. And so you don’t have to add a whole lot to this to get a sweet, delicious, creamy, mashed, quote-unquote potato.

Now add in some freshly cracked pepper and a little bit of salt. Just whatever you want to do to taste. Just gonna mix that in.

So to recap, we cooked our riced cauliflower, strained it, pureed it. I did it with some butter. You can do it with just the broth from actually cooking the cauliflower. And then added in some salt and pepper, and top it off with some chives. And boom, that’s how you have a delicious and easy cauliflower mash.

Image by Jessica Formicola via Savoryexperiments.com 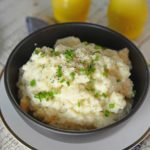 These Cauliflower mashed potatoes are a healthy and very flavorful low-carb alternative. This recipe is keto, paleo, low-carb, gluten-free.

How to make Swiss Meringue Buttercream